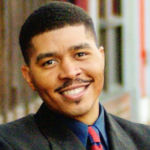 Why Is Omar Tyree Influential?

According to Wikipedia, Omar Rashad Tyree is an African-American novelist. Biography Tyree also known as briggs was born in Philadelphia, Pennsylvania, United States, and graduated from Central High School in 1987; after which he enrolled at the University of Pittsburgh, where he studied to become a pharmacist, like his mother.

Other Resources About Omar Tyree

What Schools Are Affiliated With Omar Tyree?

Omar Tyree is affiliated with the following schools:

What Are Omar Tyree's Academic Contributions?

Omar Tyree has made the following academic contributions: