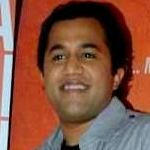 Why Is Omi Vaidya Influential?

According to Wikipedia, Omi Vaidya is an American actor who works in Bollywood films. He is best known for his performance as Chatur Ramalingam or "Silencer" in the 2009 buddy-drama film, 3 Idiots. In addition, Vaidya has played roles on The Office and Arrested Development. Omi has directed many short films and worked as a feature film editor. He has also appeared in a number of commercials and works as a producer.

Other Resources About Omi Vaidya

What Schools Are Affiliated With Omi Vaidya?

Omi Vaidya is affiliated with the following schools: