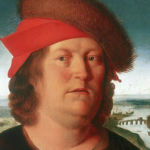 Why Is Paracelsus Influential?

According to Wikipedia, Paracelsus , born Theophrastus von Hohenheim , was a Swiss physician, alchemist, lay theologian, and philosopher of the German Renaissance. He was a pioneer in several aspects of the "medical revolution" of the Renaissance, emphasizing the value of observation in combination with received wisdom. He is credited as the "father of toxicology". Paracelsus also had a substantial impact as a prophet or diviner, his "Prognostications" being studied by Rosicrucians in the 1600s. Paracelsianism is the early modern medical movement inspired by the study of his works.

Other Resources About Paracelsus

What Schools Are Affiliated With Paracelsus?

Paracelsus is affiliated with the following schools: