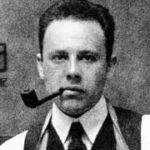 Why Is Paul Strand Influential?

According to Wikipedia, Paul Strand was an American photographer and filmmaker who, along with fellow modernist photographers like Alfred Stieglitz and Edward Weston, helped establish photography as an art form in the 20th century. In 1936, he helped found the Photo League, a cooperative of photographers who banded together around a range of common social and creative causes. His diverse body of work, spanning six decades, covers numerous genres and subjects throughout the Americas, Europe, and Africa.

Other Resources About Paul Strand