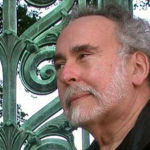 Why Is Peter S. Beagle Influential?

According to Wikipedia, Peter Soyer Beagle is an American novelist and screenwriter, especially of fantasy fiction. His best-known work is The Last Unicorn , a fantasy novel he wrote in his twenties, which Locus subscribers voted the number five "All-Time Best Fantasy Novel" in 1987. During the last twenty-five years he has won several literary awards, including a World Fantasy Award for Life Achievement in 2011. He was named Damon Knight Memorial Grand Master by SFWA in 2018.

Other Resources About Peter S. Beagle

What Schools Are Affiliated With Peter S. Beagle?

Peter S. Beagle is affiliated with the following schools:

Peter S. Beagle has made the following academic contributions: