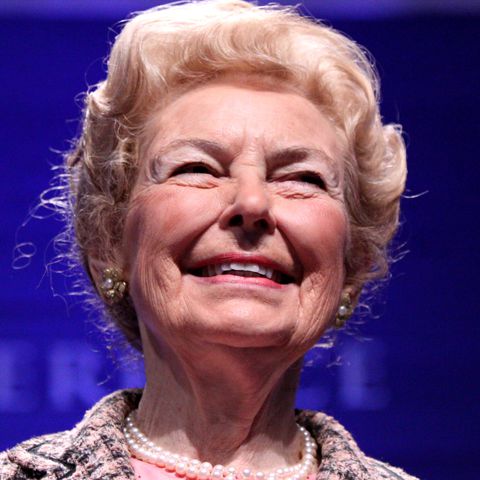 Phyllis Stewart Schlafly was an American attorney, conservative activist and author. She held paleoconservative social and political views, opposed feminism, gay rights and abortion, and successfully campaigned against ratification of the Equal Rights Amendment to the U.S. Constitution. She was opposed in turn by moderates and liberals for her attitudes on sex, gender roles, homosexuality and a number of other issues. More than three million copies of her self-published book, A Choice Not an Echo , a polemic against Republican leader Nelson Rockefeller, were sold or distributed for free. Schlafly co-authored books on national defense and was critical of arms control agreements with the Soviet Union. In 1972, Schlafly founded the Eagle Forum, a conservative political interest group, and remained its chairwoman and CEO until her death in 2016 while staying active in traditional conservative causes.