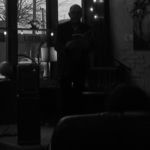 Why Is Pierre Joris Influential?

According to Wikipedia, Pierre Joris is a Luxembourg-American poet, essayist, translator, and anthologist. He has moved between Europe, North Africa & the US for 55 years, publishing over 80 books of poetry, essays, translations & anthologies — most recently Fox-trails, -tales & -trots: Poems & Proses , the translations Memory Rose into Threshold Speech: The Collected Earlier Poetry of Paul Celan & Microliths: Posthumous Prose of Paul Celan & A City Full of Voices: Essays on the Work of Robert Kelly. Earlier, Arabia Deserta , Conversations in the Pyrenees with Adonis , & The Book of U/ Le livre des cormorans .

Other Resources About Pierre Joris

What Schools Are Affiliated With Pierre Joris?

Pierre Joris is affiliated with the following schools: