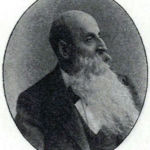 Why Is Pyotr Veinberg Influential?

According to Wikipedia, Pyotr Isaevich Veinberg was a Russian poet, translator, journalist and literary historian. Biography Pyotr Veinberg was born in Nikolaev, to the family of a notary. After studying in the Odessa gymnasium and Richelieu's lyceum he joined Kharkov University's history and philology faculty, from which he graduated in 1854. For the next three years he was working in Tambov as a local governor's aide, editing the Tambov Governorate News newspaper’s unofficial section. One of his first poems, "He was a titular councillor" , was an autobiographical one and dealt with his own unrequited love for the governor's daughter. Veinberg, Jewish by birth, adopted Christianity in his youth.

Other Resources About Pyotr Veinberg

What Schools Are Affiliated With Pyotr Veinberg?

Pyotr Veinberg is affiliated with the following schools: