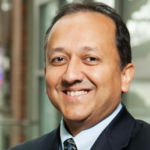 Why Is Rashid Bashir Influential?

Rashid Bashir is the Grainger Distinguished Chair in Engineering and Abel Bliss Professor of Bioengineering for the University of Illinois at Urbana-Champaign. He earned a B.S.E.E. from Texas Tech University, and an M.S.E.E. and Ph.D. from Purdue University.

Bashir has been an influential professor in the field, conducting important research that has yielded new technologies. For example, his work at National Semiconductor Corporation resulted in the development of three new semiconductor analog process technologies, which were granted multiple patents.

He has also contributed to the fields of biology and medicine, through the creation of microscale devices with integrated dielectrophoretic filters, micro-mechanical sensors, biological 3D printing, and a lysate-based impedance spectroscopy method. These discoveries have resulted in better tools for medical professionals seeking to understand complex biological processes.

Aside from his research, he has also provided important leadership through his role as Principal Investigator on the National Science Foundation’s IGERT on Cellular and Molecular Mechanics and Bionanotechnology for UIUC. Most recently he is co-thrust lead for a MERSEC at UIUC and co-principal investigator of an NSF Training Grant on building miniature brain machinery, as well as the Campus Lead on NSF Science and Technology Center of Emergent Behavior of Integrated Cellular Systems, based at the Massachusetts Institute of Technology.

According to Wikipedia, Rashid Bashir is Dean of The Grainger College of Engineering, Grainger Distinguished Chair in Engineering and Professor of Bioengineering, at the University of Illinois at Urbana-Champaign. He was the Executive Associate Dean and Chief Diversity Officer at the Carle-Illinois College of Medicine at UIUC. Previously, he was the Abel Bliss Professor of Engineering, Head of Department of Bioengineering , Director of the Micro and Nanotechnology Laboratory , and Co-Director of the campus-wide Center for Nanoscale Science and Technology , a "collaboratory" aimed at facilitating center grants and large initiatives around campus in the area of nanotechnology. Prior to joining UIUC, he was at Purdue University from 1998–2007 with faculty appointments in Electrical and Computer Engineering, and Bioengineering. From 1992 to 1998 he worked at National Semiconductor Corporation in Santa Clara, CA as Sr. Engineering Manager. He graduated with a PhD in Electrical Engineering from Purdue University in 1992. He has authored or co-authored over 240 journal papers, over 200 conference papers and conference abstracts, and over 120 invited talks, and has been granted 50 patents. He is an NSF Faculty Early Career Award winner and the 2012 IEEE EMBS Technical Achievement Award. He received the Pritzker Lecture Award from BMES in 2018. He is a fellow of IEEE, AIMBE, AAAS, BMES, RSC, APS, and NAI.

Other Resources About Rashid Bashir

What Schools Are Affiliated With Rashid Bashir?

Rashid Bashir is affiliated with the following schools: