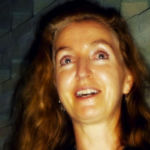 Why Is Rebecca Solnit Influential?

According to Wikipedia, Rebecca Solnit is an American writer. She has written on a variety of subjects, including feminism, the environment, politics, place, and art. Early life and education Solnit was born in 1961 in Bridgeport, Connecticut, to a Jewish father and Irish Catholic mother. In 1966, her family moved to Novato, California, where she grew up. "I was a battered little kid. I grew up in a really violent house where everything feminine and female and my gender was hated," she has said of her childhood. She skipped high school altogether, enrolling in an alternative junior high in the public school system that took her through tenth grade, when she passed the General Educational Development tests. Thereafter she enrolled in junior college. When she was 17, she went to study in Paris. She returned to California to finish her college education at San Francisco State University. She then received a master's degree in journalism from the University of California, Berkeley in 1984 and has been an independent writer since 1988.

Other Resources About Rebecca Solnit

What Schools Are Affiliated With Rebecca Solnit?

Rebecca Solnit is affiliated with the following schools:

What Are Rebecca Solnit's Academic Contributions?

Rebecca Solnit has made the following academic contributions: