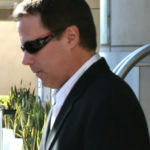 Why Is Richard Roeper Influential?

According to Wikipedia, Richard E. Roeper is an American columnist and film critic for the Chicago Sun-Times. He co-hosted the television series At the Movies with Roger Ebert from 2000 to 2008, serving as the late Gene Siskel's successor. From 2010 to 2014, he co-hosted The Roe and Roeper Show with Roe Conn on WLS-AM. From October 2015 to October 2017, Roeper served as the host of the FOX 32 morning show Good Day Chicago.

Other Resources About Richard Roeper

What Schools Are Affiliated With Richard Roeper?

Richard Roeper is affiliated with the following schools: