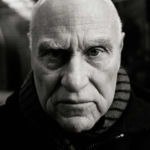 Why Is Richard Serra Influential?

According to Wikipedia, Richard Serra is an American artist known for his large-scale sculptures made for site-specific landscape, urban, and architectural settings. Serra's sculptures are notable for their material quality and exploration of the relationship between the viewer, the work, and the site. Since the mid-1960s, Serra has worked to radicalize and extend the definition of sculpture beginning with his early experiments with rubber, neon, and lead, to his large-scale steel works.

Other Resources About Richard Serra

What Schools Are Affiliated With Richard Serra?

Richard Serra is affiliated with the following schools: