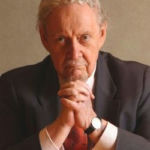 Why Is Robert Bork Influential?

According to Wikipedia, Robert Heron Bork was an American judge, government official, and legal scholar who served as the Solicitor General of the United States from 1973 to 1977. A professor at Yale Law School by occupation, he later served as a judge on the influential U.S. Court of Appeals for the D.C. Circuit from 1982 to 1988. In 1987, President Ronald Reagan nominated Bork to the U.S. Supreme Court, but the U.S. Senate rejected his nomination after a highly publicized confirmation hearing.

Other Resources About Robert Bork

What Schools Are Affiliated With Robert Bork?

Robert Bork is affiliated with the following schools: