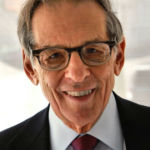 Why Is Robert Caro Influential?

According to Wikipedia, Robert Allan Caro is an American journalist and author known for his biographies of United States political figures Robert Moses and Lyndon B. Johnson. After working for many years as a reporter, Caro wrote The Power Broker , a biography of New York urban planner Robert Moses, which was chosen by the Modern Library as one of the hundred greatest nonfiction books of the twentieth century. He has since written four of a planned five volumes of The Years of Lyndon Johnson , a biography of the former president. Consequentially, he has been described as "the most influential biographer of the last century."

Other Resources About Robert Caro

What Schools Are Affiliated With Robert Caro?

Robert Caro is affiliated with the following schools: