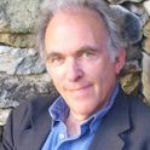 Why Is Robert Kanigel Influential?

According to Wikipedia, Robert Kanigel is an American biographer and science writer, known as the author of seven books and more than 400 articles, essays, and reviews. Early life Born in Brooklyn, Kanigel graduated from Stuyvesant High School in New York City, and received a B.S. in Mechanical Engineering from Rensselaer Polytechnic Institute.

Other Resources About Robert Kanigel

What Are Robert Kanigel's Academic Contributions?

Robert Kanigel has made the following academic contributions: