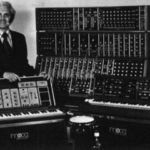 Electronic music pioneer and inventor from the United States

Why Is Robert Moog Influential?

According to Wikipedia, Robert Arthur Moog was an American engineer and electronic music pioneer. He was the founder of the synthesizer manufacturer Moog Music and the inventor of the first commercial synthesizer, the Moog synthesizer, which debuted in 1964. In 1970, Moog released a more portable model, the Minimoog, described as the most famous and influential synthesizer in history. Among Moog's honors are a Technical Grammy Award, received in 2002, and an induction into the National Inventors Hall of Fame.

Other Resources About Robert Moog

What Schools Are Affiliated With Robert Moog?

Robert Moog is affiliated with the following schools: