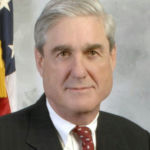 Why Is Robert Mueller Influential?

According to Wikipedia, Robert Swan Mueller III is an American lawyer and government official who served as the sixth director of the Federal Bureau of Investigation from 2001 to 2013. A graduate of Princeton University and New York University, Mueller served as a Marine Corps officer during the Vietnam War, receiving a Bronze Star for heroism and a Purple Heart. He subsequently attended the University of Virginia School of Law. Mueller is a registered Republican in Washington, D.C., and was appointed and reappointed to Senate-confirmed positions by presidents George H. W. Bush, Bill Clinton, George W. Bush, and Barack Obama.

Other Resources About Robert Mueller

What Schools Are Affiliated With Robert Mueller?

Robert Mueller is affiliated with the following schools: