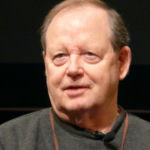 Why Is Robert Taylor Influential?

According to Wikipedia, Robert William Taylor , known as Bob Taylor, was an American Internet pioneer, who led teams that made major contributions to the personal computer, and other related technologies. He was director of ARPA's Information Processing Techniques Office from 1965 through 1969, founder and later manager of Xerox PARC's Computer Science Laboratory from 1970 through 1983, and founder and manager of Digital Equipment Corporation's Systems Research Center until 1996.

Other Resources About Robert Taylor

What Schools Are Affiliated With Robert Taylor ?

Robert Taylor is affiliated with the following schools: