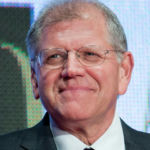 Why Is Robert Zemeckis Influential?

According to Wikipedia, Robert Lee Zemeckis is an American filmmaker. He first came to public attention as the director of the action-adventure romantic comedy Romancing the Stone , the science-fiction comedy Back to the Future film trilogy , and the live-action/animated comedy Who Framed Roger Rabbit . He subsequently directed the satirical black comedy Death Becomes Her and then diversified into more dramatic fare, including Forrest Gump , for which he won the Academy Award for Best Director and the film won Best Picture. He has directed films across a wide variety of genres, for both adults and families.

Other Resources About Robert Zemeckis

What Schools Are Affiliated With Robert Zemeckis?

Robert Zemeckis is affiliated with the following schools: