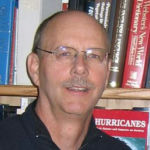 Why Is Roger A. Pielke Influential?

According to Wikipedia, Roger A. Pielke Sr. is an American meteorologist with interests in climate variability and climate change, environmental vulnerability, numerical modeling, atmospheric dynamics, land/ocean – atmosphere interactions, and large eddy/turbulent boundary layer modeling. He particularly focuses on mesoscale weather and climate processes but also investigates on the global, regional, and microscale. Pielke is an ISI Highly Cited Researcher.

Other Resources About Roger A. Pielke

What Schools Are Affiliated With Roger A. Pielke?

Roger A. Pielke is affiliated with the following schools: