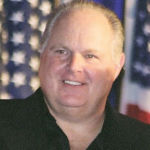 Why Is Rush Limbaugh Influential?

According to Wikipedia, Rush Hudson Limbaugh III was an American radio personality, conservative political commentator, author, and television show host. He was best known as the host of The Rush Limbaugh Show, which was nationally syndicated on AM and FM radio stations.

Other Resources About Rush Limbaugh

What Schools Are Affiliated With Rush Limbaugh?

Rush Limbaugh is affiliated with the following schools: