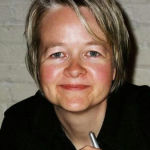 Why Is Sarah Waters Influential?

According to Wikipedia, Sarah Ann Waters is a Welsh novelist. She is best known for her novels set in Victorian society and featuring lesbian protagonists, such as Tipping the Velvet and Fingersmith. Life and education Early life Sarah Waters was born in Neyland, Pembrokeshire, Wales in 1966. She later moved to Middlesbrough when she was eight years old.

Other Resources About Sarah Waters

What Schools Are Affiliated With Sarah Waters?

Sarah Waters is affiliated with the following schools:

What Are Sarah Waters's Academic Contributions?

Sarah Waters has made the following academic contributions: