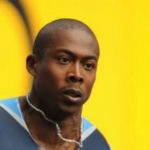 Why Is Shawn Crawford Influential?

According to Wikipedia, Shawn Crawford is a retired American sprint athlete. He competed in the 100 meters and 200 meters events. In the 200 meter sprint, Crawford won gold at the 2004 Summer Olympics and silver at the 2008 Summer Olympics. He originally finished 4th in the race but after the 2nd and 3rd-place winners were disqualified, he moved up to a silver. On April 17, 2013, Crawford was suspended for two years for missing out-of-competition drug tests. His coach, Bob Kersee claimed that Crawford retired after the 2012 United States Olympic Trials and USA Track & Field said he filed retirement papers in 2013.

Other Resources About Shawn Crawford

What Schools Are Affiliated With Shawn Crawford?

Shawn Crawford is affiliated with the following schools: