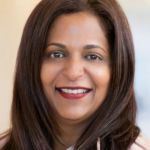 Why Is Sonia Syngal Influential?

According to Wikipedia, Sonia Syngal is an Indian-Canadian businesswoman who formerly served as the chief executive officer of Gap, Inc., the largest specialty apparel company in the U.S. Early life and education Syngal was born to Sushma and Satya Syngal in India, before her family moved to Canada at a young age. She later moved to the United States where she got her bachelor's degree in Mechanical Engineering from Kettering University in 1993. and her Master's in Manufacturing Systems Engineering from Stanford University in 1995.

Other Resources About Sonia Syngal

What Schools Are Affiliated With Sonia Syngal?

Sonia Syngal is affiliated with the following schools: