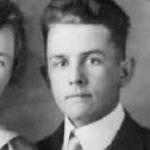 Why Is Spencer W. Kimball Influential?

According to Wikipedia, Spencer Woolley Kimball was an American business, civic, and religious leader, and was the twelfth president of The Church of Jesus Christ of Latter-day Saints . The grandson of early Latter-day Saint apostle Heber C. Kimball, Kimball was born in Salt Lake City, Utah Territory. He spent most of his early life in Thatcher, Arizona, where his father, Andrew Kimball, farmed and served as the area's stake president. He served an LDS mission from 1914 to 1916, then worked for various banks in Arizona's Gila Valley as a clerk and bank teller. Kimball later co-founded a business, selling bonds and insurance that, after weathering the Great Depression, became highly successful. Kimball served as a stake president in his hometown from 1938 until 1943, when he was called to serve as a member of the Quorum of the Twelve Apostles.

Other Resources About Spencer W. Kimball

What Schools Are Affiliated With Spencer W. Kimball?

Spencer W. Kimball is affiliated with the following schools: