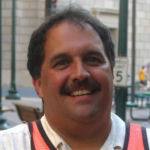 Why Is Stan Van Gundy Influential?

According to Wikipedia, Stanley Alan Van Gundy is a former American basketball coach and current NBA game analyst for TNT. Prior to TNT, Van Gundy most recently served as the head coach for the New Orleans Pelicans of the National Basketball Association . He also served as the head coach and president of basketball operations for the Detroit Pistons from 2014 to 2018. From 2003 to 2005, he was the head coach of the Miami Heat but resigned in 2005 mid-season, turning the job over to Pat Riley. Van Gundy then coached the Orlando Magic for five seasons from 2007 to 2012, leading them to the 2009 NBA Finals. He is the older brother of former New York Knicks and Houston Rockets head coach Jeff Van Gundy.

Other Resources About Stan Van Gundy

What Schools Are Affiliated With Stan Van Gundy?

Stan Van Gundy is affiliated with the following schools: