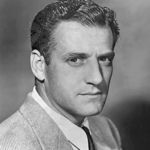 Why Is Stanley Kramer Influential?

According to Wikipedia, Stanley Earl Kramer was an American film director and producer, responsible for making many of Hollywood's most famous "message films" and a liberal movie icon. As an independent producer and director, he brought attention to topical social issues that most studios avoided. Among the subjects covered in his films were racism , nuclear war , greed , creationism vs. evolution and the causes and effects of fascism . His other films included High Noon , The Caine Mutiny , and Ship of Fools .

Other Resources About Stanley Kramer

What Schools Are Affiliated With Stanley Kramer?

Stanley Kramer is affiliated with the following schools: