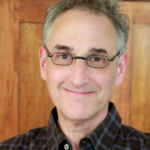 Why Is Steven Hassan Influential?

According to Wikipedia, Steven Alan Hassan is an American author, educator, PhD, and mental health counselor specializing in destructive cults . He has been described by media as "one of the world's foremost experts on mind control, cults and similar destructive organizations," though social scientists are divided on his work. He is a former member of the Unification Church, founded Ex-Moon Inc. in 1979, and in 1999 founded the Freedom of Mind Resource Center. He has written on the subject of mind control and how to help people who have been harmed by the experience.

Other Resources About Steven Hassan

What Schools Are Affiliated With Steven Hassan?

Steven Hassan is affiliated with the following schools:

What Are Steven Hassan's Academic Contributions?

Steven Hassan has made the following academic contributions: