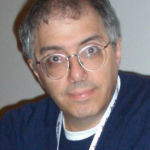 Why Is Steven Levy Influential?

According to Wikipedia, Steven Levy is an American journalist who has written several books on computers, technology, cryptography, the internet, cybersecurity, and privacy. Career Levy is writer and Editor at Large for Wired. He was previously chief technology writer and a senior editor for Newsweek. Levy has had articles published in Harper's, Macworld, The New York Times Magazine, The New Yorker, Premiere, and Rolling Stone. He is regarded as a prominent and respected critic of Apple Inc. In July 2004, Levy wrote a cover story which unveiled the 4th generation of the iPod to the world before Apple had officially done so.

Other Resources About Steven Levy

What Schools Are Affiliated With Steven Levy?

Steven Levy is affiliated with the following schools:

What Are Steven Levy's Academic Contributions?

Steven Levy has made the following academic contributions: