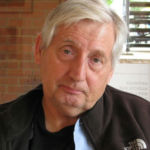 Why Is Storm Thorgerson Influential?

According to Wikipedia, Storm Elvin Thorgerson was an English graphic designer and music video director. He is best known for closely working with the group Pink Floyd through most of their career, and also created album or other art for Led Zeppelin, Phish, Black Sabbath, UFO, Peter Gabriel, the Alan Parsons Project, Genesis, Yes, Kansas, Dream Theater, Muse, the Mars Volta, The Cranberries and Ween.

Other Resources About Storm Thorgerson

What Schools Are Affiliated With Storm Thorgerson?

Storm Thorgerson is affiliated with the following schools: