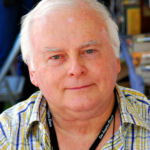 Why Is Stuart Woods Influential?

According to Wikipedia, Stuart Woods is an American novelist. Early life Stuart Woods was born in Manchester, Georgia and graduated in 1959 from the University of Georgia, with a Bachelor of Arts in sociology. After graduation he enrolled in the Air National Guard, spending two months in basic training before moving to New York, where he began a career in the advertising industry. Towards the end of the 1960s, Woods emigrated to England and lived in Knightsbridge, London while continuing to work in advertising. After three years in London, Woods decided to write a novel, based on an old family story which had been told to him when he was a child, and moved to Ireland. He moved into a converted barn on the grounds of Lough Cutra Castle near Gort, County Galway, and lived a near-solitary existence, except for spending two days a week in Dublin writing television commercials and print adverts.

Other Resources About Stuart Woods

What Schools Are Affiliated With Stuart Woods?

Stuart Woods is affiliated with the following schools:

What Are Stuart Woods's Academic Contributions?

Stuart Woods has made the following academic contributions: