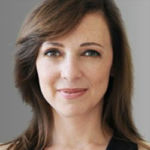 Why Is Susan Cain Influential?

According to Wikipedia, Susan Horowitz Cain is an American writer and lecturer, and author of the 2012 non-fiction book Quiet: The Power of Introverts in a World That Can't Stop Talking, which argues that modern Western culture misunderstands and undervalues the traits and capabilities of introverted people. In 2015, Cain co-founded Quiet Revolution, a mission-based company with initiatives in the areas of children , lifestyle, and the workplace. Cain's 2016 follow-on book, Quiet Power: The Secret Strengths of Introverts, focused on introverted children and teens, the book also being directed to their educators and parents.

Other Resources About Susan Cain

What Schools Are Affiliated With Susan Cain?

Susan Cain is affiliated with the following schools:

What Are Susan Cain's Academic Contributions?

Susan Cain has made the following academic contributions: