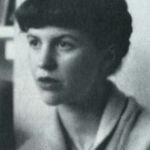 Why Is Sylvia Plath Influential?

According to Wikipedia, Sylvia Plath was an American poet, novelist, and short-story writer. She is credited with advancing the genre of confessional poetry and is best known for two of her published collections, The Colossus and Other Poems and Ariel , as well as The Bell Jar, a semi-autobiographical novel published shortly before her death in 1963. The Collected Poems were published in 1981, which included previously unpublished works. For this collection Plath was awarded a Pulitzer Prize in Poetry in 1982, making her the fourth to receive this honour posthumously.

Other Resources About Sylvia Plath

What Schools Are Affiliated With Sylvia Plath?

Sylvia Plath is affiliated with the following schools:

What Are Sylvia Plath's Academic Contributions?

Sylvia Plath has made the following academic contributions: