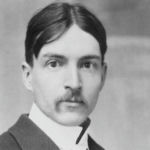 Why Is Tappan Adney Influential?

According to Wikipedia, Edwin Tappan Adney , commonly known as Tappan Adney, was an American-Canadian artist, writer, and photographer. Biography Edwin Tappan Adney was born in Athens, Ohio, the eldest child of William Harvey Glenn Adney from Vinton, Ohio, a professor at Ohio University, and Ruth Clementine Shaw Adney. When Tappan was five, the family moved to Washington, Pennsylvania where his father taught at Washington and Jefferson College. In 1879, his father retired from that position for health reasons and bought a tobacco farm near Pittsboro, North Carolina named Gum Spring Plantation. Tappan was exceptionally bright and entered the University of North Carolina at Chapel Hill at the age of thirteen, where he remained for two years.

Other Resources About Tappan Adney