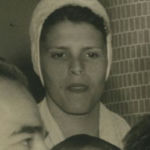 Why Is Tetsuo Okamoto Influential?

According to Wikipedia, Tetsuo Okamoto was a Japanese–Brazilian Olympic swimmer. Okamoto had asthma, and began to swim to treat it at 7 years old. However, it was only when he was 15 years old, and the coach Fausto Alonso arrived to form a serious team in Yara Clube in Marília, that Tetsuo began to train in a good pool under the guidance of someone with knowledge of swimming. At that time, his training was only 2000 metres daily. By early 1949, aged 17, Tetsuo had climbed several positions in the Brazilian national ranking, and entered the South American Championship in Montevideo, his first international competition. There, he swam the three long-distance races, reaching the finals of the 400-metre and 1500-metre freestyle. However, an event at the turn of the decade was a watershed in his swimming career.

Other Resources About Tetsuo Okamoto

What Schools Are Affiliated With Tetsuo Okamoto?

Tetsuo Okamoto is affiliated with the following schools: