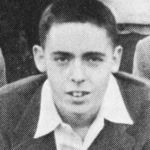 Why Is Thomas Pynchon Influential?

According to Wikipedia, Thomas Ruggles Pynchon Jr. is an American novelist. A MacArthur Fellow, he is noted for his dense and complex novels. His fiction and non-fiction writings encompass a vast array of subject matter, genres and themes, including history, music, science, and mathematics. For Gravity's Rainbow, Pynchon won the 1973 U.S. National Book Award for Fiction.

Other Resources About Thomas Pynchon

What Schools Are Affiliated With Thomas Pynchon?

Thomas Pynchon is affiliated with the following schools:

What Are Thomas Pynchon's Academic Contributions?

Thomas Pynchon has made the following academic contributions: