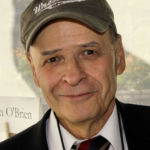 Why Is Tim O'Brien Influential?

According to Wikipedia, William Timothy O'Brien is an American novelist. He is best known for his book The Things They Carried , a collection of linked semi-autobiographical stories inspired by O'Brien's experiences in the Vietnam War. In 2010, The New York Times described O'Brien's book as a Vietnam classic. In addition, he is known for his war novel, Going After Cacciato , also about wartime Vietnam, and later novels about postwar lives of veterans.

Other Resources About Tim O'Brien

What Schools Are Affiliated With Tim O'Brien ?

Tim O'Brien is affiliated with the following schools:

Tim O'Brien has made the following academic contributions: