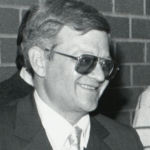 Why Is Tom Clancy Influential?

According to Wikipedia, Thomas Leo Clancy Jr. was an American novelist. He is best known for his technically detailed espionage and military-science storylines set during and after the Cold War. Seventeen of his novels have been bestsellers and more than 100 million copies of his books have been sold. His name was also used on movie scripts written by ghostwriters, nonfiction books on military subjects occasionally with co-authors, and video games. He was a part-owner of his hometown Major League Baseball team, the Baltimore Orioles of the American League, and vice-chairman of their community activities and public affairs committees.

Other Resources About Tom Clancy

What Schools Are Affiliated With Tom Clancy?

Tom Clancy is affiliated with the following schools:

What Are Tom Clancy's Academic Contributions?

Tom Clancy has made the following academic contributions: