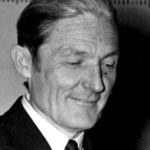 Why Is Tor Bergeron Influential?

According to Wikipedia, Tor Bergeron was a Swedish meteorologist who proposed a mechanism for the formation of precipitation in clouds. In the 1930s, Bergeron and W. Findeisen developed the concept that clouds contain both supercooled water and ice crystals. According to Bergeron, most precipitation is formed as a consequence of water evaporating from small supercooled droplets and accreting onto ice crystals, which then fall as snow, or melt and fall as cold rain depending on the ambient air temperature. This process is known as the Bergeron Process, and is believed to be the primary process by which precipitation is formed.

Other Resources About Tor Bergeron

What Schools Are Affiliated With Tor Bergeron?

Tor Bergeron is affiliated with the following schools: