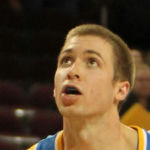 Why Is Travis Wear Influential?

According to Wikipedia, Travis James Wear is an American former professional basketball player. He began his pro career with the New York Knicks after going undrafted in 2014. Wear was an All-American in high school and won a silver medal with United States U-18 national team at the FIBA Americas Under-18 Championship in 2008. He played college basketball for the North Carolina Tar Heels and the UCLA Bruins. After playing one season with the Knicks, Wear played with San Sebastián Gipuzkoa BC in Spain for a year before returning to the U.S. to play with the Los Angeles D-Fenders.

Other Resources About Travis Wear

What Schools Are Affiliated With Travis Wear?

Travis Wear is affiliated with the following schools: