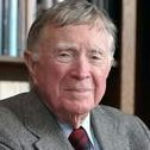 Why Is Vincent Scully Influential?

According to Wikipedia, Vincent Joseph Scully Jr. was an American art historian who was a Sterling Professor of the History of Art in Architecture at Yale University, and the author of several books on the subject. Architect Philip Johnson once described Scully as "the most influential architectural teacher ever." His lectures at Yale were known to attract casual visitors and packed houses, and regularly received standing ovations. He was also the Distinguished Visiting Professor in Architecture at the University of Miami.

Other Resources About Vincent Scully

What Schools Are Affiliated With Vincent Scully?

Vincent Scully is affiliated with the following schools: