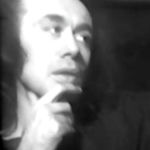 Why Is Vito Acconci Influential?

According to Wikipedia, Vito Acconci was an influential American performance, video and installation artist, whose diverse practice eventually included sculpture, architectural design, and landscape design. His foundational performance and video art was characterized by "existential unease," exhibitionism, discomfort, transgression and provocation, as well as wit and audacity, and often involved crossing boundaries such as public–private, consensual–nonconsensual, and real world–art world. His work is considered to have influenced artists including Laurie Anderson, Karen Finley, Bruce Nauman, and Tracey Emin, among others. Acconci was initially interested in radical poetry, but by the late 1960s, he began creating Situationist-influenced performances in the street or for small audiences that explored the body and public space. Two of his most famous pieces were Following Piece , in which he selected random passersby on New York City streets and followed them for as long as he was able, and Seedbed , in which he claimed that he masturbated while under a temporary floor at the Sonnabend Gallery, as visitors walked above and heard him speaking.

Other Resources About Vito Acconci

What Schools Are Affiliated With Vito Acconci?

Vito Acconci is affiliated with the following schools: