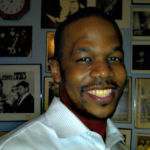 Why Is Warren Wolf Influential?

According to Wikipedia, Warren Wolf Jr. is an American jazz vibraphonist from Baltimore, Maryland. Biography Under the tutelage of his father, Warren Wolf Sr., Warren began his music studies at the age of three, learning the vibraphone, marimba, drums, and piano. A classically trained musician, he attended the Peabody Institute's preparatory program for eight years. He attended high school at the Baltimore School for the Arts, from which he graduated in 1997, and subsequently attended the Berklee College of Music, where he studied under jazz vibraphonist Dave Samuels for seven of eight semesters, the remaining semester being spent receiving instruction from vibraphonist Ed Saindon. During his time at Berklee Wolf was an active member of Boston's jazz scene, playing the vibraphone, drums, and piano, and with his friend, trumpeter Jason Palmer he co-led a group at Wally's Cafe, the legendary Boston jazz venue, where he worked as house drummer. He graduated from Berklee in 2001 and remained active on the Boston jazz scene as a local musician. In September 2003 Wolf became an instructor in the percussion department at Berklee, giving private lessons on the vibraphone and drums, as well as teaching a beginners' keyboard class for entering freshmen majoring in drum performance.

Other Resources About Warren Wolf

What Schools Are Affiliated With Warren Wolf ?

Warren Wolf is affiliated with the following schools: