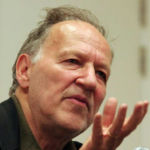 Why Is Werner Herzog Influential?

According to Wikipedia, Werner Herzog is a German film director, screenwriter, author, actor, and opera director, regarded as a pioneer of New German Cinema. His films often feature ambitious protagonists with impossible dreams, people with unique talents in obscure fields, or individuals in conflict with nature. He is known for his unique filmmaking process, such as disregarding storyboards, emphasizing improvisation, and placing the cast and crew into similar situations as characters in his films.

Other Resources About Werner Herzog

What Schools Are Affiliated With Werner Herzog?

Werner Herzog is affiliated with the following schools:

What Are Werner Herzog's Academic Contributions?

Werner Herzog has made the following academic contributions: