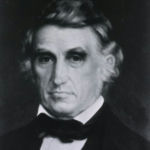 Why Is William Beaumont Influential?

According to Wikipedia, William Beaumont was a surgeon in the U.S. Army who became known as the "Father of Gastric Physiology" following his research on human digestion. Biography Early life William Beaumont was born to Samuel Beaumont and Lucretia Abel in Lebanon, Connecticut; his father was a farmer. He left his home after he turned twenty-one, moved to Champlain, New York and obtained a teaching job. In 1810 he relocated to St. Albans, Vermont where he trained to become a physician through an apprenticeship with Dr. Truman Powell. In June 1812, the Third Medical Society of the State of Vermont in Burlington examined his knowledge "on the anatomy of the human body, and the theory and practice of physic and surgery" and recommended him as "judicious and safe practitioner in the different avocations of the medical profession."

Other Resources About William Beaumont