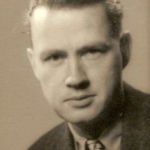 Why Is William Frankena Influential?

According to Wikipedia, William Klaas Frankena was an American moral philosopher. He was a member of the University of Michigan's department of philosophy for 41 years , and chair of the department for 14 years . Life Frankena's father and mother immigrated to the U.S. as teenagers, in 1892 and 1896 respectively, from Friesland, a province in the north of the Netherlands. William Frankena was the middle one of three children. He was born in Manhattan, Montana, grew up in small Dutch communities in Montana and western Michigan, and spoke West Frisian and Dutch. In primary school, his given name, Wiebe, was Anglicized to William. Throughout his life, his family and friends called him Bill. His mother died when he was nine years old. He graduated from Holland Christian High School in Holland, MI, in 1926. After farming, his father, Nicholas A. Frankena , devoted the later decades of his life to elected office in Zeeland, MI, where he was mayor, and to service as an elder in the Christian Reformed Church in North America, which was founded by Calvinist Dutch immigrants.

Other Resources About William Frankena

What Schools Are Affiliated With William Frankena?

William Frankena is affiliated with the following schools: