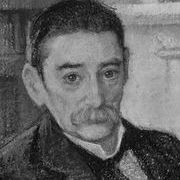 William George Aston was a British diplomat, author and scholar-expert in the language and history of Japan and Korea.Early life Aston was born near Derry, Ireland. He distinguished himself at Queen's College, Belfast , which he attended 1859–1863. There he received a very thorough philological training in Latin, Greek, French, German and modern history. One of his professors was James McCosh.