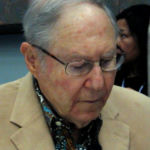 Why Is William Glasser Influential?

According to Wikipedia, William Glasser was an American psychiatrist.Glasser was the developer of W. Edwards Deming's workplace ideas, reality therapy and choice theory. His innovations for individual counseling, work environments and school, highlight personal choice, personal responsibility and personal transformation. Glasser positioned himself in opposition to conventional mainstream psychiatrists, who focus instead on classifying psychiatric syndromes as "illnesses" and prescribe psychotropic medications to treat mental disorders.

Other Resources About William Glasser

What Schools Are Affiliated With William Glasser?

William Glasser is affiliated with the following schools: