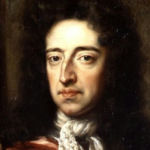 William of Orange; King of England, Scotland and Ireland

Why Is William III of England Influential?

According to Wikipedia, William III , also widely known as William of Orange, was the sovereign Prince of Orange from birth, Stadtholder of Holland, Zeeland, Utrecht, Guelders, and Overijssel in the Dutch Republic from the 1670s, and King of England, Ireland, and Scotland from 1689 until his death in 1702. As King of Scotland, he is known as William II. He is sometimes informally known as "King Billy" in Ireland and Scotland. His victory at the Battle of the Boyne in 1690 is commemorated by Unionists, who display orange colours in his honour. He ruled Britain alongside his wife and cousin Queen Mary II, and popular histories usually refer to their reign as that of "William and Mary".

Other Resources About William III of England

What Schools Are Affiliated With William III of England?

William III of England is affiliated with the following schools: