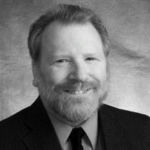 Professor of law and economics at UMKC

Why Is William K. Black Influential?

According to Wikipedia, William Kurt Black is an American lawyer, academic, author, and a former bank regulator. Black's expertise is in white-collar crime, public finance, regulation, and other topics in law and economics. He developed the concept of "control fraud", in which a business or national executive uses the entity he or she controls as a "weapon" to commit fraud.

Other Resources About William K. Black

What Schools Are Affiliated With William K. Black?

William K. Black is affiliated with the following schools: